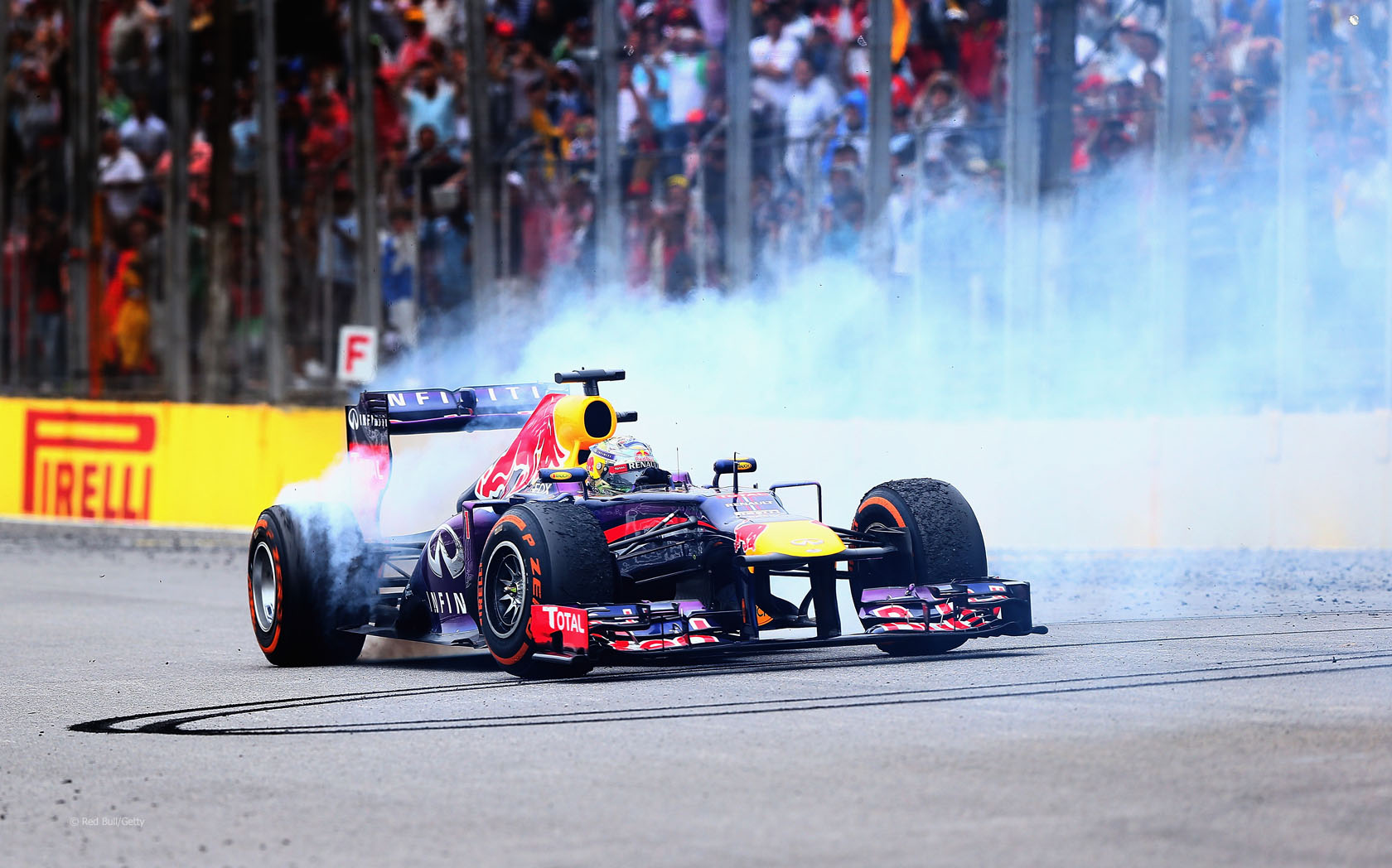 Sebastian Vettel and Red Bull became F1 champions for the fourth year in a row in 2013. Here’s a look back on their four years of success in pictures.

Both Red Bull drivers went into the final round with a chance of winning the world championship. Vettel trailed Fernando Alonso by 15 points as they arrived in Abu Dhabi, but a stunning turnaround in the final race saw him land the championship.

A crushing performance from Vettel in 2011 netted 15 pole positions and 11 wins on his way to a second world championship. A season-long scrap with Alonso concluded with a dramatic and tense Brazilian Grand Prix where Vettel was hit on the first lap and suffered exhaust damage. However he climbed far enough into the points to deny the Ferrari driver the title once again. Vettel began his third title defence well but moved up a gear after the season break. He was undefeated in the second half of the season and sealed his fourth world championship while on his way to a record-equalling nine consecutive race wins.