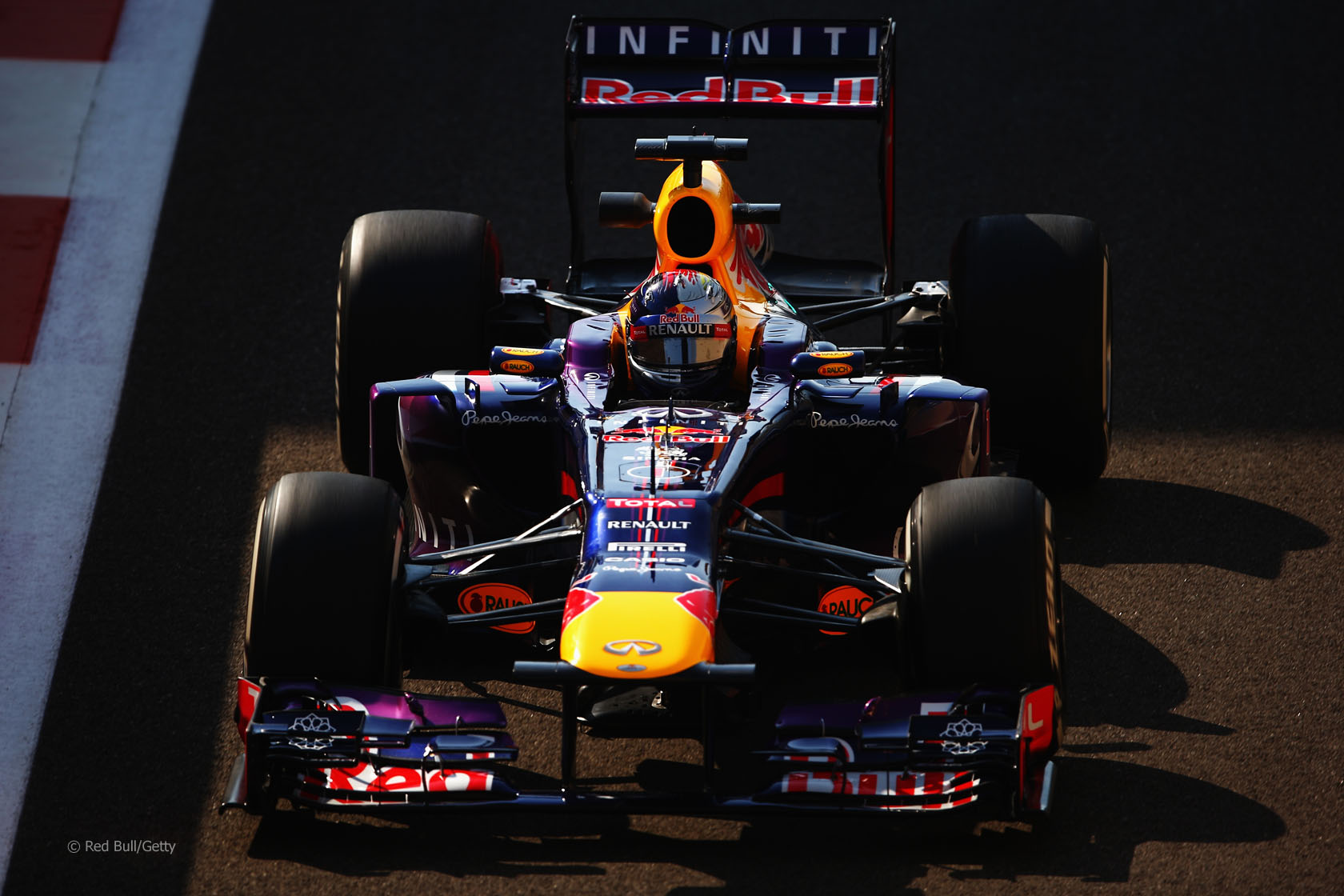 In the opening rounds of 2013 it seemed as if Red Bull were going to face much stronger opposition from their rivals.

Sebastian Vettel may have lined up on pole position for the first race of the year but he slipped to third at the chequered flag as his Red Bull RB9 asked too much of Pirelli’s super soft and medium tyre combination.

Although he won in Malaysia it was on a day when his rivals were compromised: Fernando Alonso crashed out and Kimi Raikkonen was delayed by front wing damage. Alonso’s romp to victory in China, while Vettel started on the harder tyres as Red Bull continued to grapple with the new-generation Pirellis, seemed a further indication Vettel wouldn’t have an easy title defence.

Red Bull believed some of their rivals had lucked in to producing cars that worked well on the latest Pirelli product and were not shy about criticising the fragility of the tyres. Following the Spanish Grand Prix, where Alonso won again, team principal Christian Horner commented that having to make four tyre stops per race was excessive.

“Red Bull are pushing to make a change and if we do something that helps them you can understand that Lotus and Ferrari won?Û‘Èº‘‰Ût be happy,” responded Pirelli motorsport Paul Hembery. “You can imagine, though, if we make a change, that it might be seen that we?Û‘Èº‘‰Ûre making tyres for Red Bull in particular.”

By the Canadian Grand Prix it seemed Red Bull had sussed the tyres. Vettel took a commanding third win of the year on a track the team had previously failed to conquer. And then came the season’s great turning point: with tyres exploding left, right and centre at Silverstone Pirelli finally conceded a change had to be made.

To begin it did not seem to be the case that a switch had been flipped and Red Bull were now unstoppable. Vettel had to use all of his skill to hold off the two Lotuses in Germany, and in Hungary Lewis Hamilton took pole and won.

In recent seasons we have become used to seeing Red Bull make greater development gains in the latter part of the season and so it was this year, only more so. Vettel got into his stride after the summer break, gutting the opposition in a manner F1 hasn’t seen the likes of since the days of Alberto Ascari. The two championships duly fell to him and the team in India, but realistically it was over long before then.

These fourth consecutive titles for team and driver underlined Red Bull’s mastery of the current generation of rules. had it not been for the ‘double diffuser’ controversy in 2009 it’s likely all five titles since the last major aerodynamics regulation change would have been won by the Milton Keynes team.

“I would almost not call this a new car it was kind of a development of last year’s car made over the winter, ready for the start of this year,” he explained. “That’s what this year’s been all about, it’s been about taking that car, developing it, getting it to suit the drivers, Sebastian and Mark [Webber], to compliment their techniques and what they’d like out of the car. And also to suit the Pirellis.”

Red Bull have become a dominant force in recent seasons but as the current generation of rules comes to an end there are signs their says at the front of the field may be numbered.

Webber took another drubbing at the hands of Vettel – including a controversial run-in between the pair in Malaysia – and announced his decision to quit Formula One. He may have accounted for a smaller share of Red Bull’s success than his team mate but but his technical feedback has always been highly valued by Newey.

And several major technical figures are making their way to other teams, including Newey’s right-hand man Peter Prodromou. That and an overhaul of the regulations which could shift the onus of development from aerodynamics to powertrain could be the biggest threat yet to the Red Bull winning machine.