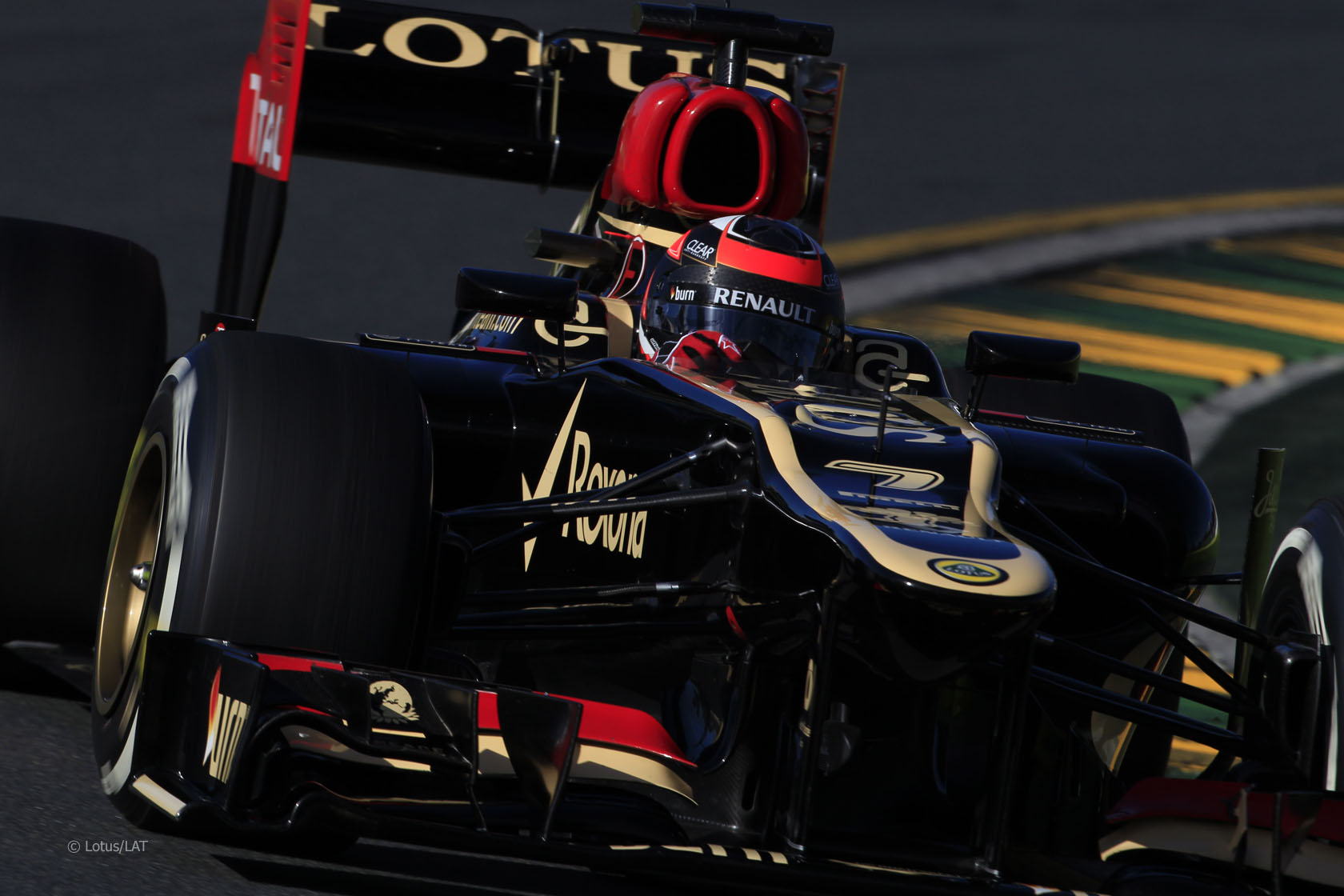 Lotus repeated their 2012 result of fourth in the constructors’ championship with a single victory this year.

The team undoubtedly performed above the level its resources should allow it to, finishing far ahead of McLaren. And yet the fact they ended the season within striking distance of Ferrari and almost Mercedes as well gives the impression more was possible.

And that was far from the most disappointing aspect of their campaign. Losing Kimi Raikkonen to Ferrari was bad enough but the circumstances of his departure shed light on the team’s financial difficulties. Ahead of his final appearance for the team in Abu Dhabi, Raikkonen revealed he hadn’t been paid all year.

It was unfortunate for all concerned that it should end this way, not least because the combination of a former world champion and a mid-sized team with giant-killing abilities was such an appealing one.

It ended with the team pursuing a financial solution with investors Quantum which, at the time of writing, still has not materialised. That led the team to pass up the crowd-pleasing choice of Nico Hulkenberg as Raikkonen’s successor (which 65% of F1 Fanatic readers wanted to see) and opt for the well-heeled Pastor Maldonado instead (which only 2% wanted).

The season promised much when it began. In Melbourne Raikkonen used the E21 to great effect, coaxing more life out of the delicate early-season tyres to rise from seventh on the grid to win the season-opener.

It was a high the team never replicated, though Raikkonen came close on several occasions. Heading into the summer break he’d finished second five times. But then his fortunes took a turn for the worse.

For obvious reasons, Lotus staunchly opposed any calls for Pirelli to alter their tyres to make then more conservative. When Pirelli proposed to bring a more conservative tyre selection for Hungary, Lotus criticised the decision.

The Silverstone failures forced Pirelli’s hand but as it turned out Lotus actually performed better once the tyres had been changed. In the case of Hungary, Pirelli now felt comfortably to bring a softer selection of compounds and Raikkonen was on the podium once again.

But the changes to the tyres did contribute to a shift in the balance of power between their drivers – as did the switch to a longer wheelbase version of the E21 early in the season. Suddenly Romain Grosjean, who’d had an indifferent start to the season distinguished only by a terrible weekend in Monaco, was putting Raikkonen under serious pressure.

Raikkonen was well ahead in the drivers’ points at times and Lotus had Grosjean give way to his team mate on more than one occasion. Later in the year Raikkonen gave Grosjean a lesson in how little there is to be gained by ‘playing the team game’: when the time came for Raikkonen to repay Grosjean’s favours in India he pushed his team mate off the track, leading to the infamous “get out of the way” radio message.

Not long after that Raikkonen elected not to compete in the final two races, preferring to have surgery on a recurring back problem ahead of his move to Ferrari next year.

The loss of Raikkonen was a blow, although brilliant drives by Grosjean at Suzuka and the Circuit of the Americas showed it was not a disaster. Their attempts to find a suitable stand-in, however, were unsuccessful. Third driver Davide Valsecchi was passed over in favour of Heikki Kovalainen, but he proved unable to add to their points haul.

Raikkonen’s withdrawal ultimately had the effect of blunting Lotus’s attempts to defeat the very team he will be joining next year. But the long-term consequences of losing a driver of his star quality will surely be more serious.