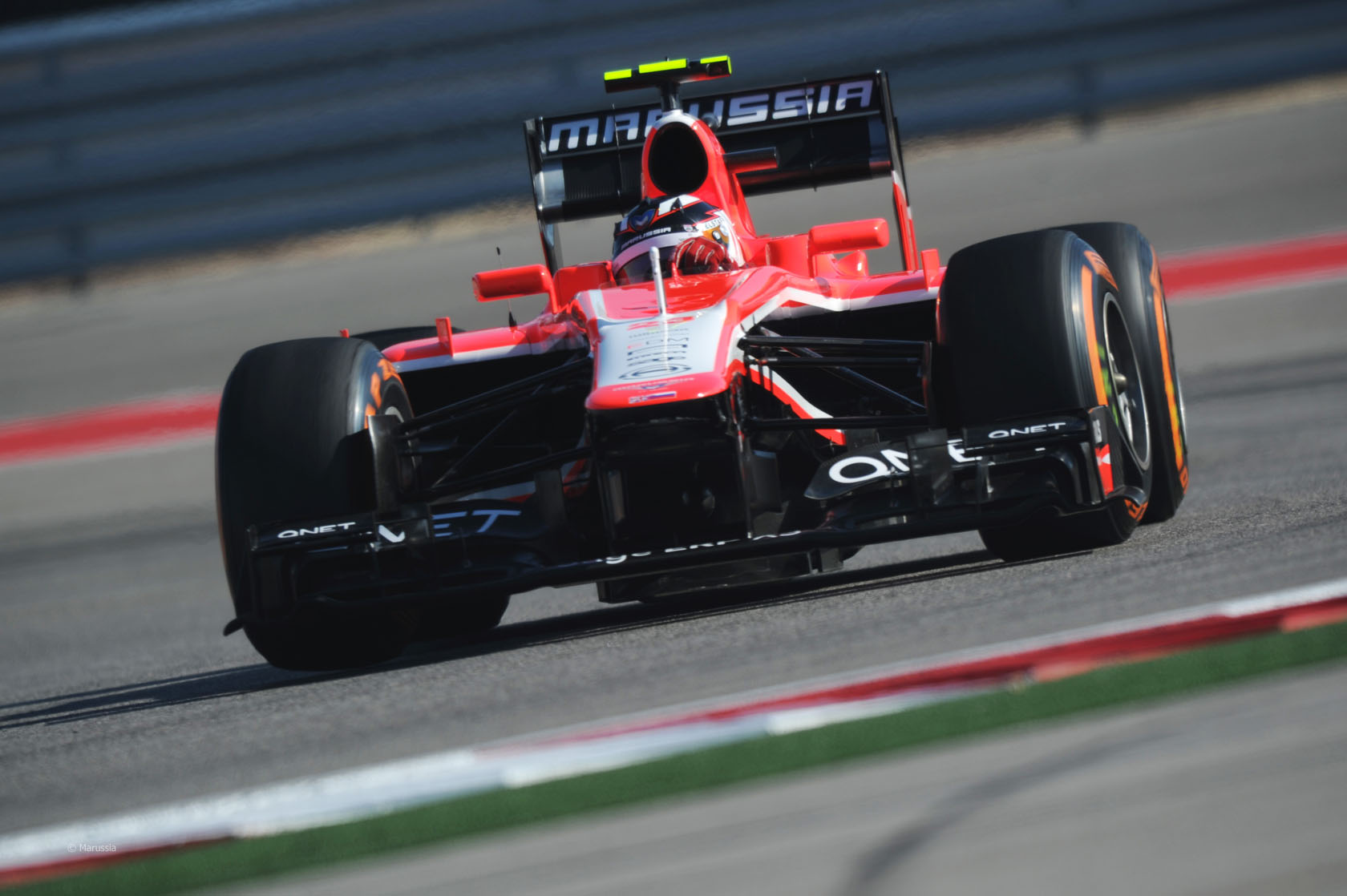 Max Chilton will have to serve a drive-through penalty within the first five laps of the United States Grand Prix.

The Marussia driver was penalised for holding up Pastor Maldonado and Adrian Sutil during qualifying. He will start the race from the back row of the grid.

This is the second time this year a driver has been issued a sanction by the stewards before the start of a race. Charles Pic was given a drive-through penalty in similar circumstances at the Japanese Grand Prix.

The stewards also penalised Esteban Gutierrez for holding up Maldonado, ruling he “unnecessarily impeded car 16 between turns 19 and 20 whilst performing maneuverers that the stewards consider dangerous”.

The Sauber driver was relegated ten places on the grid and will start the race from 20th position.

24 comments on “Chilton to start race with penalty”