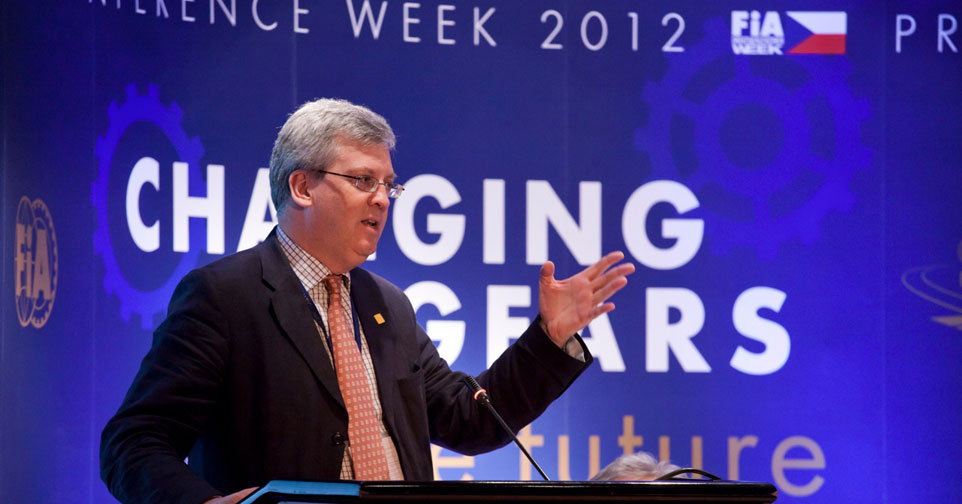 David Ward has set out his plan to reform the FIA as he bids to unseat Jean Todt as president of the motor sport governing body.

He focuses considerable attention on redefining the role he is campaigning for: “The powers of the Presidency are too wide to be effective or fully accountable,” said Ward.

Ward says Todt has not fully delivered on the changes he promised to make when elected four years ago and “in some areas the trend for reform has been reversed”.

“For example, the maximum possible period in office for the president has been extended from eight years to twelve,” he said. “The threshold for nominations for presidential candidates has been set high which favours the incumbent and deters other candidates.”

“Recently there has also been unfortunate use of ?óÔéĽ?Łsupport letters?óÔéĽÔäó at various FIA regional meetings which are designed to elicit public commitments of support before the election process even opens, thereby deterring alternative candidates from coming forward. These are of questionable legitimacy.”

Ward also envisages a restructured and more professional FIA, bringing it more in line with modern corporate practice. His plans include appointing a chief executive officer, creating a management board and publishing annual accounts.

The FIA Senate would be converted into a supervisory board to oversee its work. The FIA president would be limited to two terms instead of three and would have the option of serving in a non-executive capacity.

Ward believes his proposals would give the FIA “a governance system that meets global best practices”.

He requires nominations from 26 clubs to confirm his candidacy and has written to all of the FIA’s 236 clubs asking for their support. Ward told the clubs he said he would prefer to see one of their presidents take over as FIA president, and has announced his candidacy in the absence of such a nominee.

“Over the last year I have been approached by a wide range of FIA stakeholders encouraging me to be a candidate,” said Ward in his letter.

“Indeed it has been a long time since a club leader has also led the FIA. However, in the absence of another candidate I am interested to stand to promote an agenda of further governance reform.”

13 comments on “Ward sets out plan to reform “antiquated” FIA”