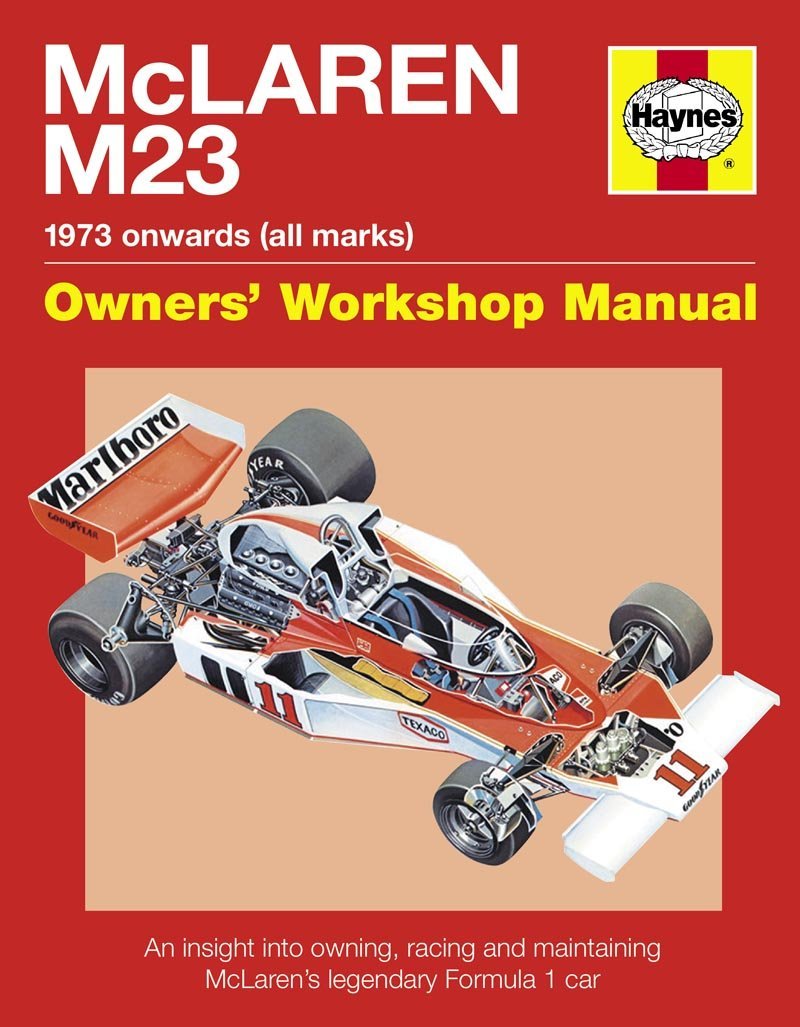 This is the third time Haynes have produced one of their iconic manuals for a Formula One car.

The first attempt, focussing on the 2010 Red Bull RB6, was not without its shortcomings, mainly because technical information around modern F1 cars is shrouded in secrecy.

Ian Wagstaff took over from Steve Rendle for the second book on the Lotus 72 and this did much better justice to the concept. Detailed technical data on the car was blended with relevant historical detail and a wealth of photography.

The latest book on the McLaren M23 is similarly successful. It has the added bonus of being topical, as the M23 was the car which James Hunt used to win the 1976 world championship, as depicted in the forthcoming feature film Rush.

The M23 was McLaren’s answer to the 72 and was raced by the team in five consecutive seasons. But the car, mated to the same Cosworth DFV engine as the 72, was more than just a workhorse for McLaren. It was competitive enough to bring them sustained success for several years. So much so that when the wins stopped coming those in charge decided change was needed at the top, which ushered in the era of Ron Dennis and Project Four.

That eventual post-M23 slump seemed unlikely when Hunt lifted the title in 1976. Emerson Fittipaldi had also claimed the drivers’ crown with an M23 two years earlier. The car had won the fifth race it started following its introduction in 1973 and was still setting pole positions in 1977.

It was not a radical game-changer: its longevity was the M23’s strongest suit. This book covers its lengthy F1 service very well, chronicling the revisions made to the chassis over time and even exploring the histories of each individual chassis.

Interviews with drivers and mechanics who worked with the car lend rich detail to the text and there are some beautiful shots of restored M23 in action for Ron Howard’s cameras. Although it may not contain every scrap of information needed to run and repair an M23, there’s plenty for Formula One technology enthusiasts to enjoy here.

Haynes’ F1 car guides already have the makings of a series worth collecting, and I look forward to discovering what their next subject will be.