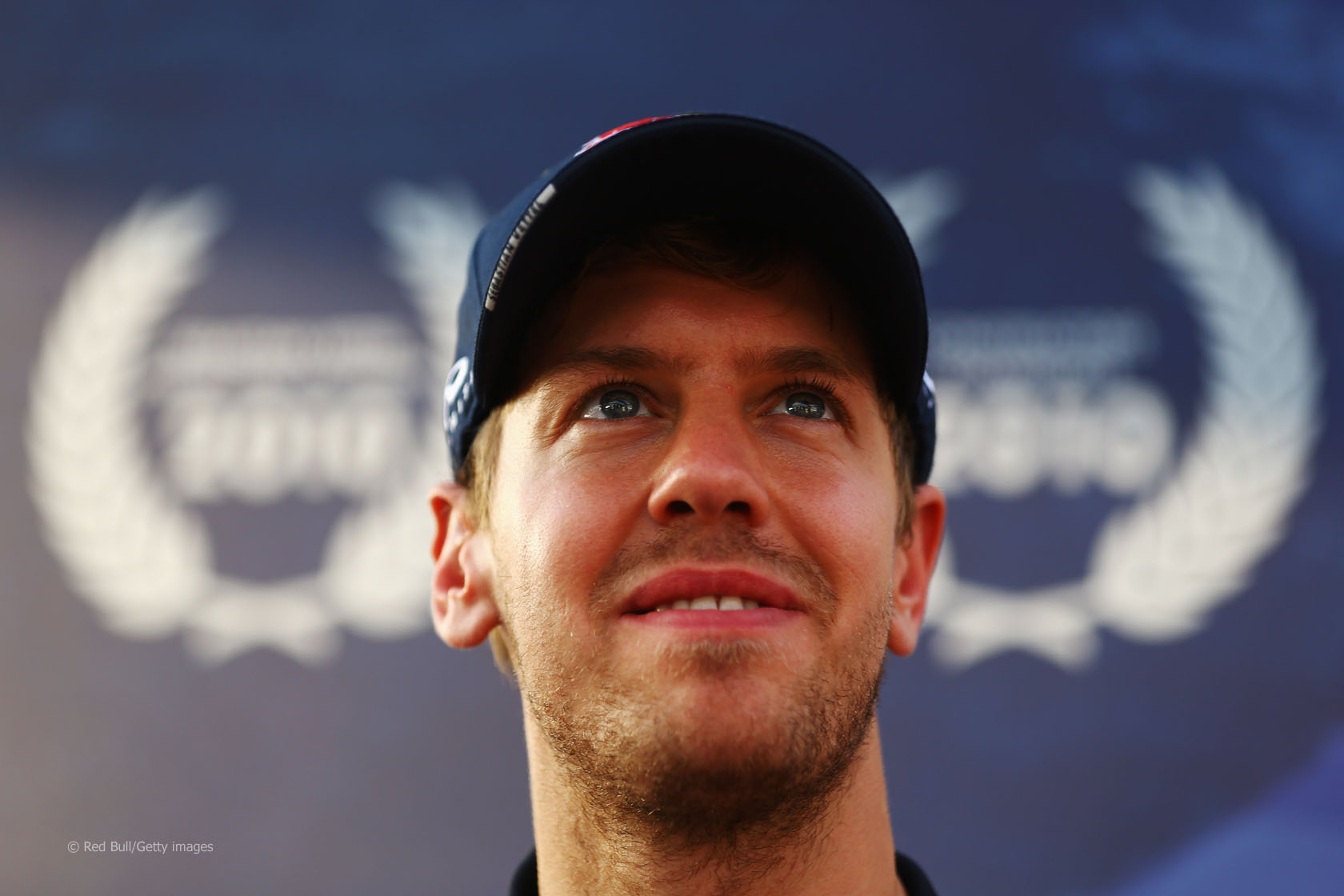 In the round-up: Sebastian Vettel and Red Bull receive nominations from Laureus.

Sebastian Vettel has been nominated for Sportsman of the Year and Red Bull have been nominated as Team of he year following their three consecutive Formula One world championship successes.

Mercedes-Benz High Performance Engines managing director Andy Cowell: “The engines are going to be loud, but I think sweet sounding. The frequency will be higher and, with the turbocharger running at 125,000rpm, they will be loud. When you are stood next to it on the dyno it is not quiet and you need ear defenders.”

“Rather than the single KERS system used today, which gives around 80hp boost for seven seconds per laps, the 2014 units will also harvest energy from an electric machine connected to the turbo and a heat converter, all of which will boost the output to 161hp for 33 seconds per lap.”

The future of Formula One sounds sweet to Mercedes (Reuters)

“Cars currently start a race with around 150kg of fuel on board, which means that in 2014 they will leave the grid lighter but finish slightly heavier than before. This is because of the extra weight of the new combined power unit, weighing in at 145kg compared to 95kg for the old V8 on its own.”

“There is no Christmas. There is no winter off. People obviously have to have holidays, but work goes on year-round.”

“In October a fight that thus far has only been heard in Germany will arrive on British shores, with [Bernie] Ecclestone defending claims of bribery and corruption in the High Court. Gerhard Gribkowsky, then chief risk officer of state-owned BayernLB, was sentenced to eight and a half years after being convicted by a Munich court of taking $44m (?È?˙27m) in bribes from Ecclestone and his family trust Bambino Holdings. The bank reckons it lost more than $400m.”

“The moustachioed, pipe-smoking Davis was not as well known as he deserved to be, thanks to an early decision to spend most of his career living and racing in Italy, and to retire from the sport in his 30s, dismayed by the frequency of fatal accidents on the track.”

“Since the inaugural 2010 Korean Grand Prix, Korean interest is sagging and the organizer?Û‘Èº‘‰Ûs three-year loss is approaching 175 billion won ($163 milion), which has attracted negative coverage in the local press.”

Unfortunate that I am being held solely responsible for Kingfisher Airlines’ difficulties: Vijay Mallya (The Times of India)

“‘As you know, the media has continued their negative reporting on Kingfisher. I would urge each one of you to be particularly careful in any interaction you may have with them,’ Mallya cautioned his employees, who have threatened to file a winding-up petition.”

“That weekend, F1 has a Sunday race, practice and qualifying on Saturday and practice on Friday. Hotels can require a minimum four-day stay during F1 weekend and last year many Austin hotels doubled or tripled their average daily rate.”

“DRS has been reduced to usage only within the specified zone(s) at each GP this year with it previously having unlimited usage. This will have an effect on how the teams design their rear wing planes in 2013 with the DRS delta now changed.”

First day back at the @MercedesAMGF1 factory. Really positive day driving the 2013 car on the simulator. Nice to be back at work!

Fascinating behind scenes visit to Brixworth. Mobiles put in sealed bags to ensure no pix, dictaphones off so engine noise was not recorded.

Nick (@npf1) on how attitudes to tyres in F1 have changed.

I just so happened to see a video of a Bridgestone test in 1996 the other day. Arrows was testing their tyres at Magny-Cours with Jos Verstappen driving (he complained about the Good Year tyres in 1997 all year as a result).

The voiceover (in Dutch, from Eurosport) kept mentioning how F1 needed a tyre war and how F1 teams welcomed it, as well as Verstappen and Walkingshaw being very supportive of the Bridgestone tyres. The arguments the voice over used, winning half a second, innovations, closer competition, everything has since reversed in the eyes of many, including the FIA and F1 teams.

Of course, this has a lot to do with the financial elements of today, but seeing that video earlier this week and reading this article today, makes it very clear just how F1 has changed its perception on tyres in the past 17 years.
Nick (@npf1)

Michael Schumacher prepared for his F1 comeback by testing a GP2 car three years ago today:

57 comments on “Vettel nominated for Sportsman of the Year”