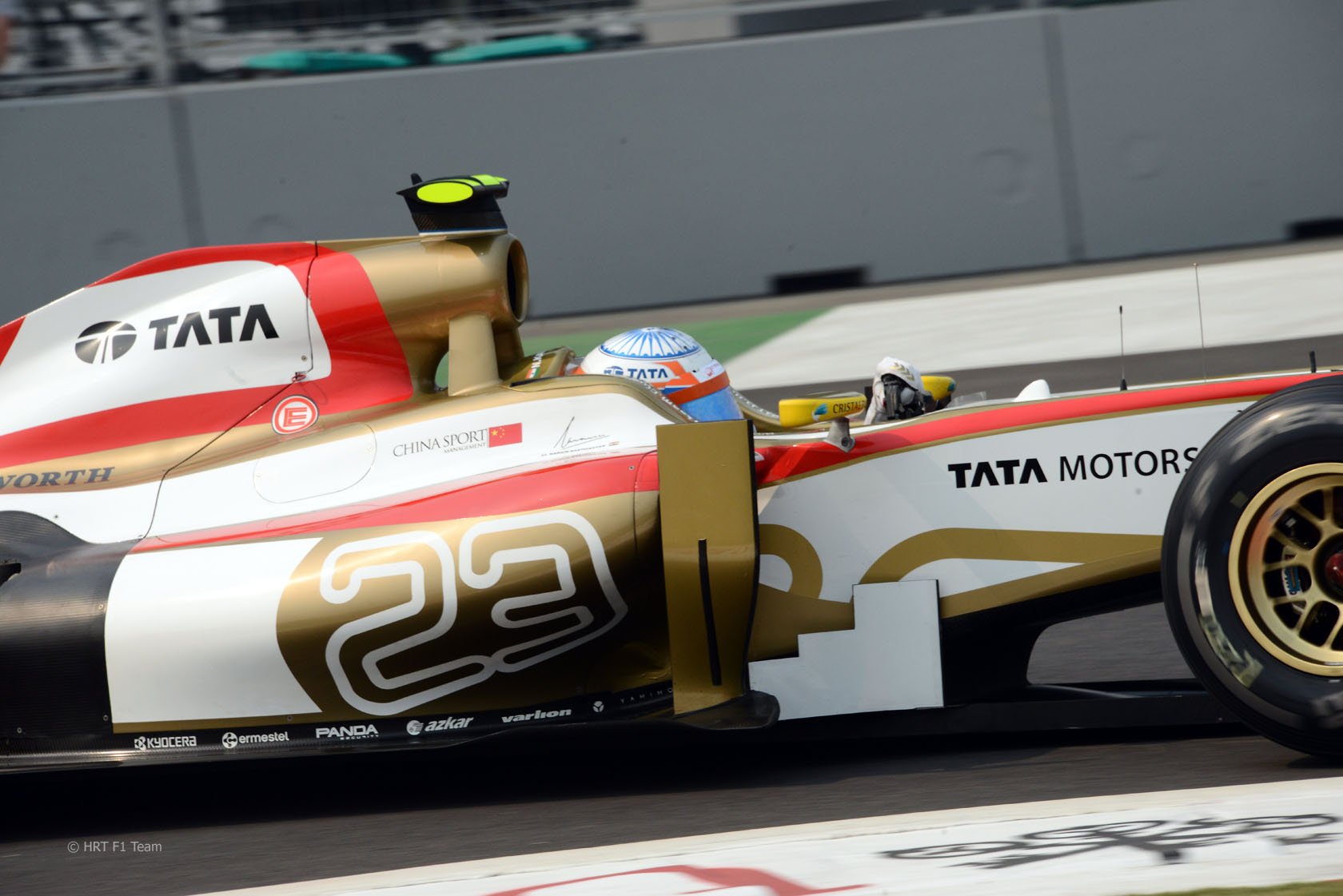 In the round-up: Tata Communications say their sponsorship of Formula One as a technology partner is a “great platform” as they enter the second year of their deal with FOM.

“It’s a great platform to raise visibility of the Tata Communications’ corporate profile and portfolio of services to our target customers. We are one year into F1, we’re going into our second season and I’m very pleased with the way it has met our expectations on both fronts?óÔéĽÔÇŘboth in terms of the technology we’ve had to deliver and also from the customer awareness and customer ‘wow’ factor we’ve been able to create.”

“Nick Henry of consultancy ICF GHK says Britain’s F1 industry has dominated the sport for more than 30 years despite attempts to develop rival hubs in Bahrain, Malaysia and South Africa: ‘The history of F1 is continued UK success in the face of globalisation, which is chipping away at it but feeding its growth at the same time. These are flexible small and medium-sized businesses doing high-quality engineering. There has been churn in [team] ownership but behind it this core of British engineering creates products the world pays for.'”

“I worry that the positive changes of 2008 and 2009 will be squandered. That was a period where people did things that were essential for the sport and to some extent either they put the sport ahead of their own narrow interests or they at least realized that the two were the same. I hope that we do not see that spirit disappearing.”

“F1 has become a place synonymous with high noses a trend that all the team pushed to the limits in 2012 and was the result of the ‘step noses’. For 2014 the formula returns to a lower nose with the regulations requiring the cars nose pylons be a maximum height of 135mm, whereas the current regulations permit a maximum height of 200mm.”

“Baston based former racing driver, Colin [Crabbe] is perhaps best remembered for being arguably the last privateer Formula 1 entrant, when his team, named after his business, Antique Autombiles, gave a first taste of Grand Prix racing to the late, Ronnie Peterson in the 1970 season.”

McLaren’s 50 Years in the making (McLaren)

“By the end of the 1970s McLaren’s fortunes had faded to the point where the team seemed locked in the slow lane and its major sponsors and investors were getting extremely nervous indeed. As a result, title sponsor Marlboro brokered an amalgamation between the team and Ron Dennis’s Project 3 organisation which had been winning races for several years in junior formulae. The newly constituted McLaren International organisation scored its first victory in the 1981 British GP at Silverstone.”

@Toro-Stevo points out the differences between the elements of Red Bull’s success now and Ferrari’s in the early 2000s:

Whilst I can see what Michael [Schumacher] is saying about Red Bull, their position isn?óÔéĽÔäót as he says ?óÔéĽ?ônothing more or less than what we had at Ferrari?óÔéĽ?Ř.

In F1 the moment there are other teams which have comparable resources to Red Bull even though they may not be able to use them as effectively. This is partly what Schumacher is saying, Red Bull have structured their infrastructure, budget and set-up to respond better than anybody else. But their budget isn?óÔéĽÔäót necessarily larger than Ferrari or McLaren today. Also, the amount of testing today is limited to an equal amount for all teams.

Compare this to Ferrari at Schumacher?óÔéĽÔäós time, who had annual budgets far in excess of any other team, and the ability and funds to do almost unlimited testing (some years they spent more on testing than the rest of the paddock combined, and three times as much as any other team). Ferrari?óÔéĽÔäós dominance on the track during this era can?óÔéĽÔäót be divorced from their financial dominance despite a good driver/engineering team.

Whereas Red Bull’s success now relative to the equally well resourced McLaren and Ferrari can be attributed more strongly to engineering/driver skill. There are rumours about Red Bull spending more than they should, but even if the rumours are true it?óÔéĽÔäós nothing close to what Ferrari used to do. Therein lies the difference.
@Toro-Stevo

And happy birthday to Lewis Hamilton who is 28 today.