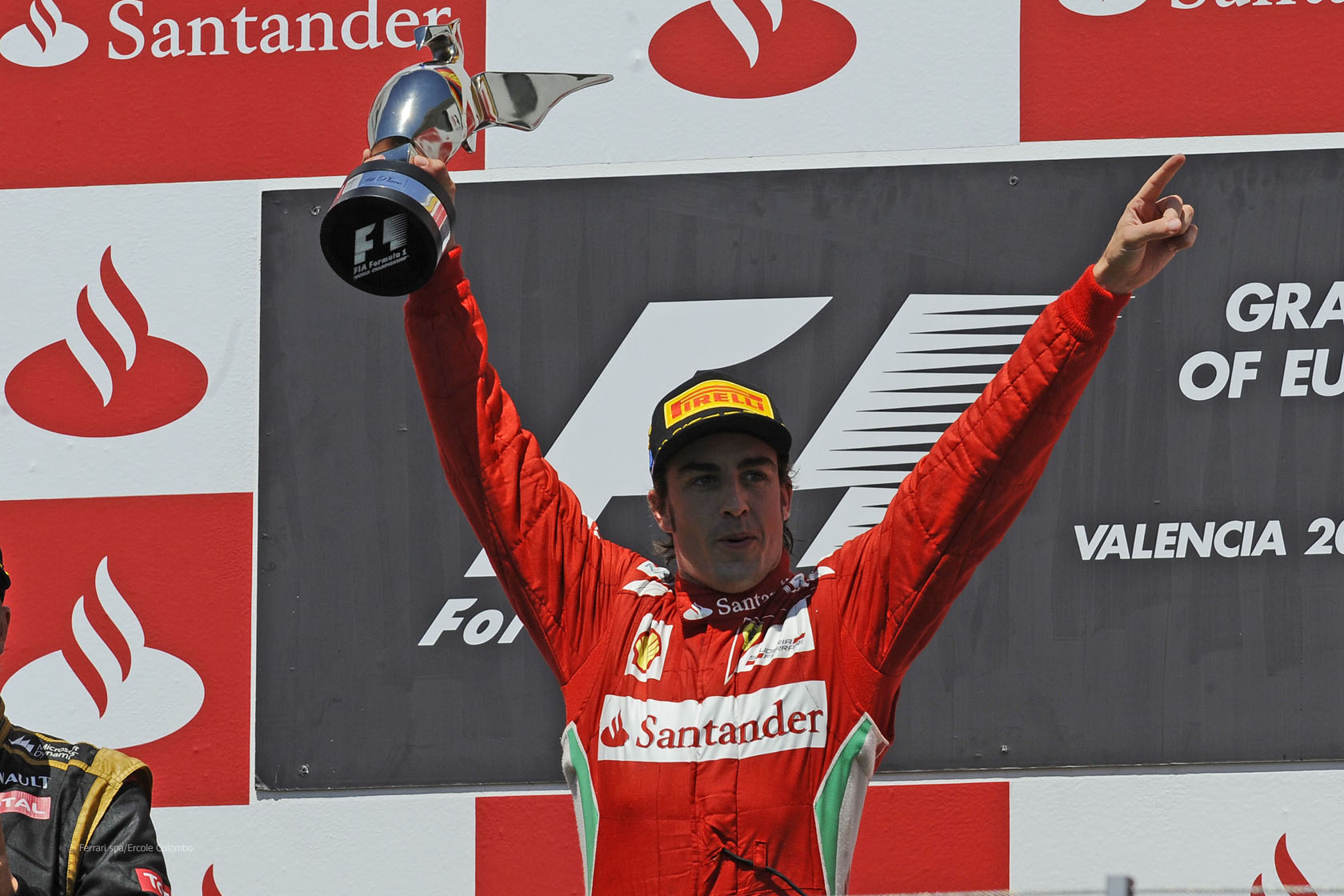 Alonso won half of all the votes that were cast. Second place went to Lewis Hamilton followed by world champion Sebastian Vettel and Kimi Raikkonen.

This meant the top four drivers reflected the four I chose in my rankings of the drivers.

Pass of the Year: Kimi Raikkonen on Michael Schumacher

Kimi Raikkonen’s overtaking move on Michael Schumacher during the Brazilian Grand Prix was voted the best pass of 2012.

Another pass involving the same two drivers in the Belgian Grand Prix received the second-largest number of votes. The move was similar to Mark Webber’s pass on Fernando Alonso which won last year’s vote.

The third most popular pass was Felipe Massa’s on Bruno Senna during the Singapore Grand Prix.

Overtaker of the Year: Kimi Raikkonen