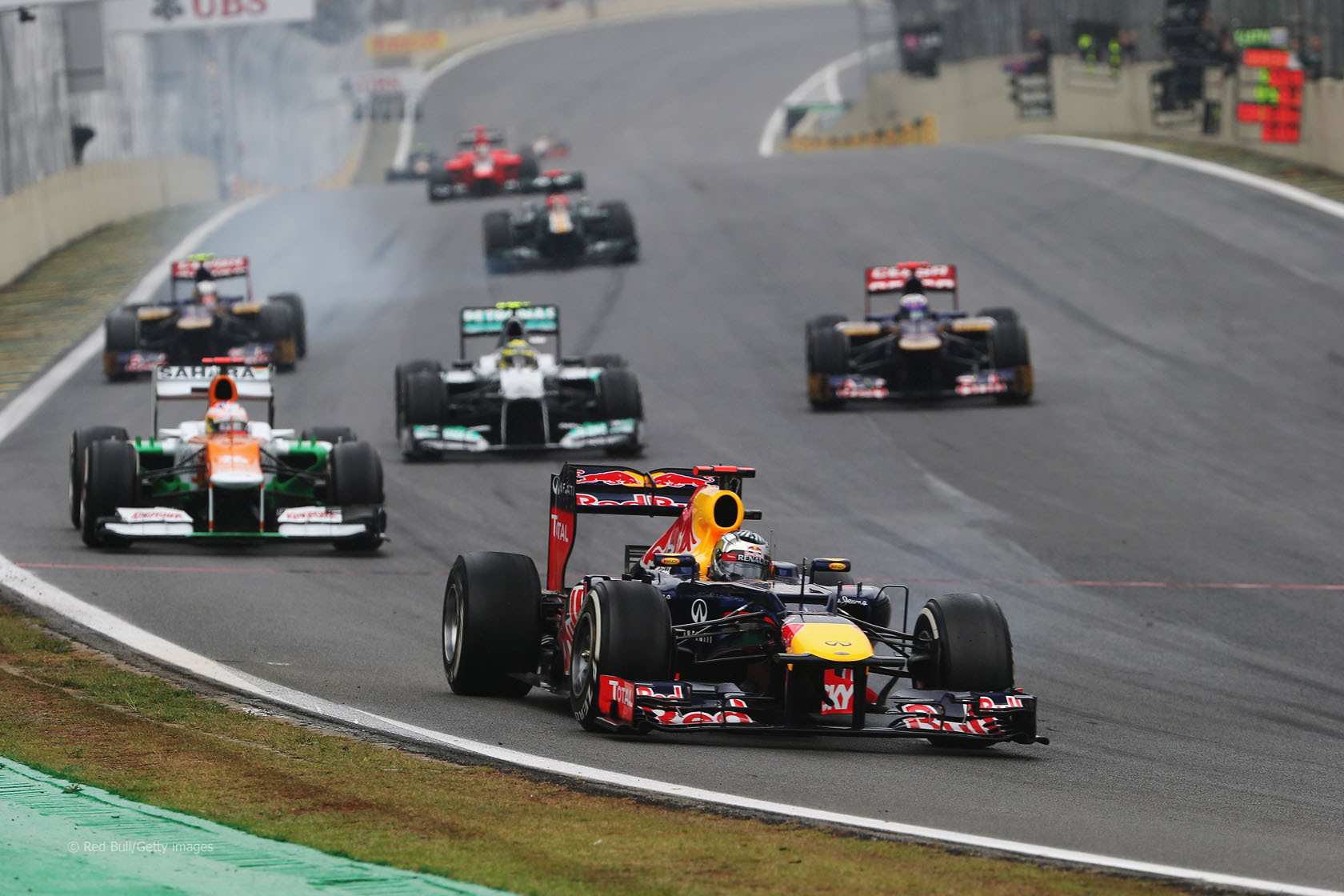 Sebastian Vettel says he was never concerned about a potential threat to his world championship victory after Brazilian Grand Prix.

Ferrari asked the FIA to look into video footage showing Vettel overtaking the Toro Rosso of Jean-Eric Vergne during the race, which led some to claim Vettel had done so after passing a yellow flag. The FIA confirmed the move was legal.

“To be honest, I never wasted one single thought that an irregularity was involved from my side,” said Vettel in an interview on the official Formula One website. “Even if it was an eventful race I definitely saw all the flags – and their colours!”

“I only got information that Ferrari was up to something after Christian [Horner] called me saying that obviously Ferrari was not too happy with the outcome of the race.

“After the FIA had checked every single inch of the recording of the situation in question – and confirmed that everything was according to rules – Ferrari renounced any protests. But believe it or not I knew since the chequered flag that there was not a single movement wrong from my side.”

Vettel said the drivers’ championship trophy he collected at the FIA Gala in December is now sitting on his kitchen table. “Every time I sit at the table I turn it around to read all the names on it – it?óÔéĽÔäós almost a mystic procedure. And to see that the last three engravings are your own name – that moves deeply.”

46 comments on “Vettel “never wasted a thought” on Ferrari protest”