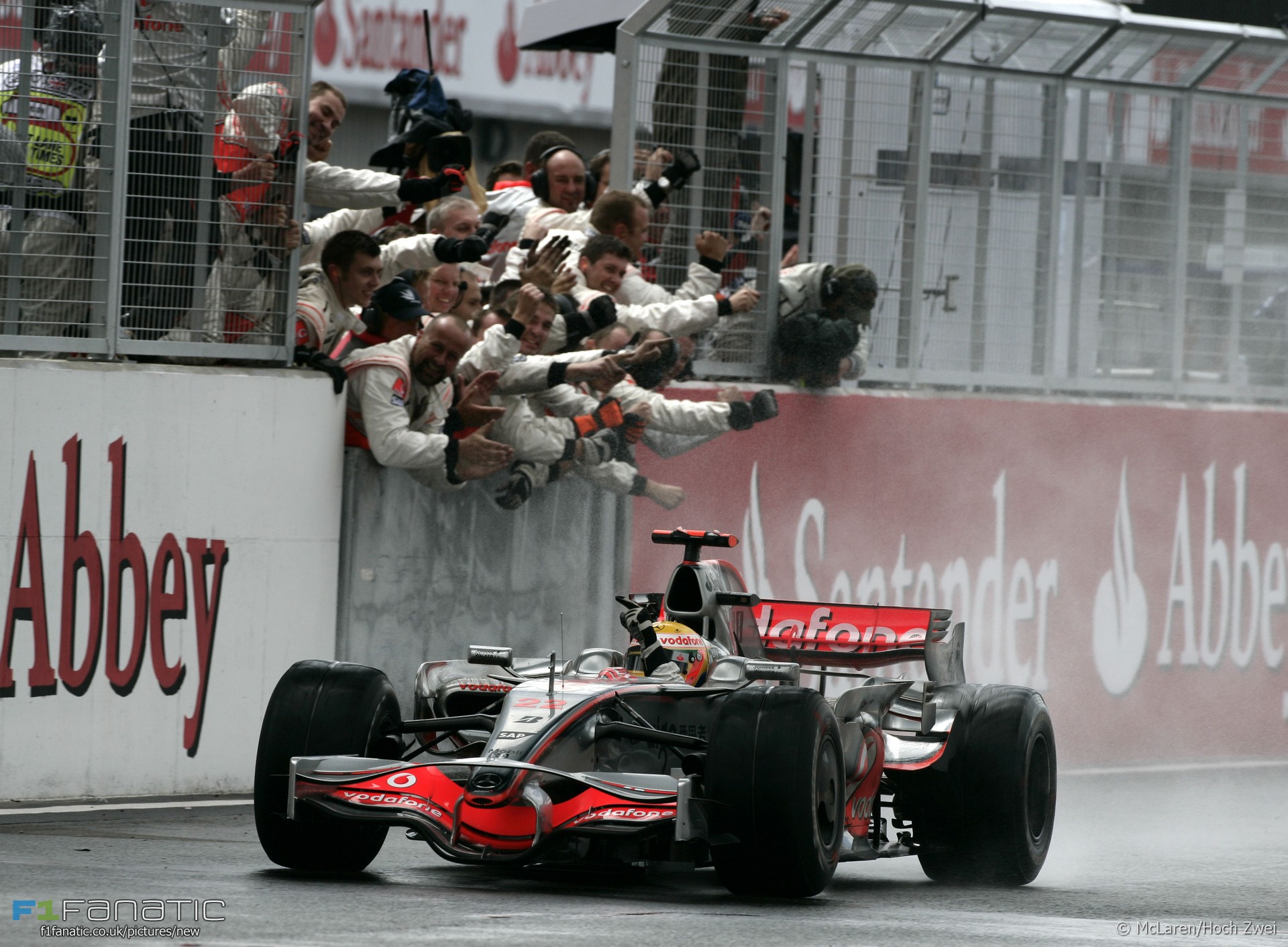 Lewis Hamilton made his Formula One debut for McLaren in 2007. During his six-year spell at the team it often seemed like he would never drive for anyone else.

But that changed when he revealed he will switch to Mercedes next year. Hamilton leaves a team who he was first associated with long before he arrived in F1.

After 110 races, 21 Grand Prix victories, 49 podium appearances and 26 pole positions, Hamilton’s time at McLaren is over – for now at least. Here’s a look back on his time with the team. Hamilton’s debut season for McLaren was the stuff of dreams. In his first race he passed team mate Fernando Alonso at the first corner and went on to finish on the podium. He strung together nine consecutive podium finishes including a breakthrough victory in Canada.

But the season turned sour as the rivalry between Hamilton and Alonso intensified and McLaren were found to have used confidential information belonging to Ferrari. In Hungary Alonso, irritated that Hamilton had not given way to him earlier in the session, deliberately held up his team mate in the pits and was penalised along with the team. Soon after McLaren were excluded from the constructors’ championship.

A superb win at a drenched Fuji put Hamilton within touching distance of the title. But the final two races were catastrophic. Hamilton inexplicably stayed out too long on worn tyres in China, then skidded off into a gravel trap when he pitted. In Brazil a delay due to a gearbox problem set him back and Kimi Raikkonen snatched the championship. Hamilton delivered the title in 2008, though he made heavy work of it at times. He crashed into Raikkonen in the pits in Canada and picked up another penalty in France. But he won in the rain at home and in Monaco as well, and won on the road at Spa before being controversially stripped of his victory.

The greatest drama awaited him in Brazil, where he snatched the title by passing Timo Glock at the last corner on the final lap to deprive Felipe Massa of the championship.

Hamilton’s title defence looked doubtful as McLaren produced a poor car after a major rules change in 2009. What should have been a fine recovery drive to third in the first race was ruined when he needlessly let Jarno Trulli pass him during a safety car period, then gave an untruthful account of events to the stewards for which he was eventually disqualified.

A mid-season upgrade gave Hamilton a car he could work with, and he delivered victories in Hungary and Singapore.

Reigning champion Jenson Button replaced Heikki Kovalainen alongside Hamilton for 2010 and the pair were often closely matched. Never more so than in Turkey, where the pair scrapped furiously for the lead mere moments after the Red Bull drivers had taken each other off doing the same thing.

Hamilton held the upper hand over Button and went into the final race with as remote chance of winning the title. It went to Sebastian Vettel, and Hamilton was left to rue costly collisions with Mark Webber in Singapore and Massa in Italy.

Hamilton’s second season alongside Button did not go well as he became involved in a string of incidents, several of which were his fault. However even in this season of adversity he claimed three wins, including a particularly impressive triumph at the Nurburgring.

He was also the only driver to unseat Red Bull from pole position all year long, though his unhappy demeanour after doing so in Korea indicated all was far from well behind the scenes. If Hamilton let himself down in 2011, his car and occasionally his team did in 2012. There were four wins in Canada, Hungary, Italy and America but also two retirements while leading in Singapore and Abu Dhabi. A blunder by the team meant he started last in Spain instead of from pole position.

Those major losses plus several other less costly setbacks during the season ruled him out of the drivers’ title battle despite enjoying a very quick car. Following his Singapore disappointment Hamilton announced his move to Mercedes for 2013.