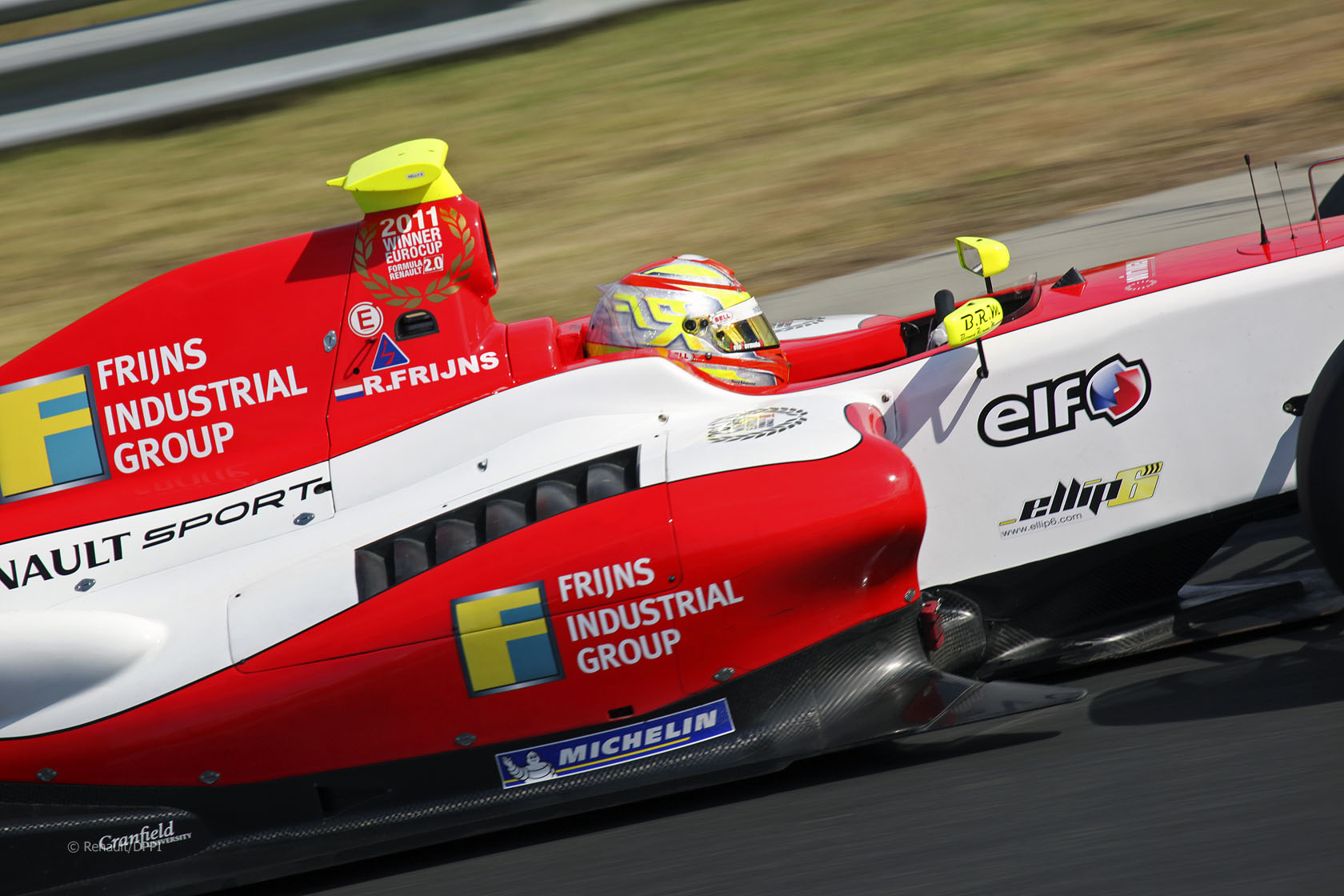 Robin Frijns clinched the Formula Renault 3.5 title after a controversial final race at the Circuit de Catalunya. Frijns clashed with Jules Bianchi while trying to pass his title rival during the race.

The incident came moments after Bianchi had passed Frijns, who was on the verge of losing another place to Kevin Magnussen. That would have put Bianchi in position to win the championship.

But when Frijns lunged down the inside of Bianchi at turn four the contact put his rival out of the race. That guaranteed Frijns the title in spite of the 25-second time penalty he was later handed for the incident.

It’s unfortunate that Frijn’s title may be defined by this controversial collision rather than the succession of excellent drives he produced to get in a position to win championship.

He won in his second start in the category at Motorland Aragon, then hit his stride in the middle of the season with three podiums in four races, including another win in Moscow.

Bianchi came on strong in the second half of the season, but another good weekend for Frijns in Hungary erased the gains his rival made at Silverstone. Bianchi seized the initiative after a wet weekend at Paul Ricard and went into the final double-header at the Circuit de Catalunya ahead in the points

But while Frijns took a crucial podium finish in the first race an ill-timed lunge by Bianchi on Magnussen left him on the back foot heading into the title-deciding finale.

Frijns, 21, clinched the title against significantly more experienced opposition. He made his debut in category this year, stepping up from the 210bhp cars of the 2.0 category to the new-for-2012 530bhp Formula Renault 3.5 racers.

A new downforce package incorporating an F1-style Drag Reduction System has made these cars much quicker than their predecessors and more than a match for the current GP2 chassis on pure performance. Frijn’s title rivals Bianchi (who featured in One To Watch three years ago) and Sam Bird may have been newcomers as well, but both had two years of racing in GP2 behind them.

Frijns has now won championships for the last three seasons in a row, with victories in Formula BMW Europe in 2010, Formula Renault 2.0 Eurocup last year, and now Formula Renault 3.5 at his first attempt. The last driver to achieve the latter feat was Robert Kubica in 2005.

F1 teams are finally starting to take notice of the Dutch driver. Sauber, who (as BMW Sauber) gave Kubica his F1 break in 2006, will give Frijns a run in the forthcoming Young Drivers’ Test at Abu Dhabi.

By winning the championship Frijns has also earned a drive for Red Bull at the forthcoming Young Drivers’ Test.

“My objective now is Formula One, starting with the tests with Red Bull Racing and Sauber,” said Frijns. “Nothing gets given to you in this world and nothing is easy, even when you win three titles on the bounce. We?óÔéĽÔäóre working on it though.”

The last Dutch driver to start an F1 race was Christijan Albers over five years ago. Controversy aside, after his latest triumph Frijns surely deserves the chance to succeed him.

Frijns held the championship lead for much of the season, but lost it following the penultimate double-header at Paul Ricard. He regained the advantage after beating Bianchi in the first race at Circuit de Catalunya.

Red Bull-backed Antonio Felix da Costa, who featured in an earlier instalment of One To Watch, finished the championship in fourth despite having only joined the series at round six. In the final five races he scored four wins and a second.

Browse all One To Watch articles