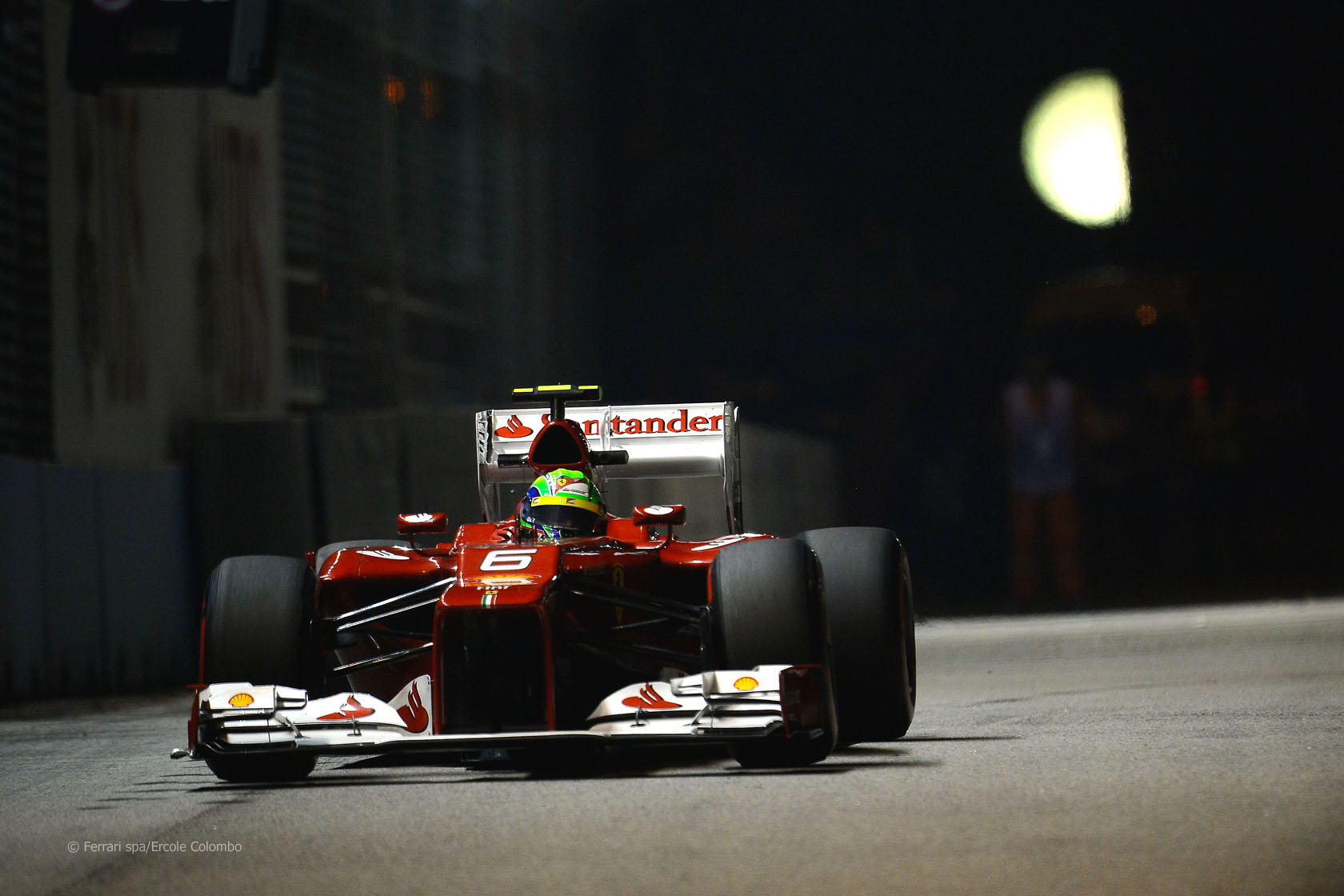 Fans’s videos from the Singapore Grand Prix including Massa’s unseen spin and new angles on the crashes and other major moments during the race.

@Werdnazent had a good view of the quick final corner during second practice.

A collection of footage from F1 plus the other action on and around the track on Friday.

Sebastian Vettel locks up at turn one during qualifying. Video by @Thecollaroyboys.

Two angles of the start which show an unusually slow getaway for Fernando Alonso, and his team mate Felipe Massa being hit by Petrov.

Following the contact Massa had a left-rear puncture which caused this spin on the first lap which wasn’t picked up on the world television feed.

Was this the moment Hamilton’s championship hopes died?

Two angles showing how close Jenson Button came to taking out Vettel at the first restart.

Moment later Michael Schumacher had a not-so-near-miss with Jean-Eric Vergne, putting both out.

Donal Kelleher (@Cdk2012) was close to the cars at turn five following the restart.

Champagne and fireworks on the Singapore podium.

Those of you who saw the fans’ video from Monza will have seen video of Sergio Perez starting the race in front of his grid hatchings. The FIA responded to F1 Fanatic’s enquiry about the start – here’s what they had to say.

Thanks to @Girts for researching this article and everyone who submitted videos via the forum. If you’re interested in contributing to F1 Fanatic, see here for details on how you can:

Were you at the Singapore Grand Prix? Did you capture any videos or pictures? Share them here:

10 comments on “F1 fans’ videos from the Singapore Grand Prix”