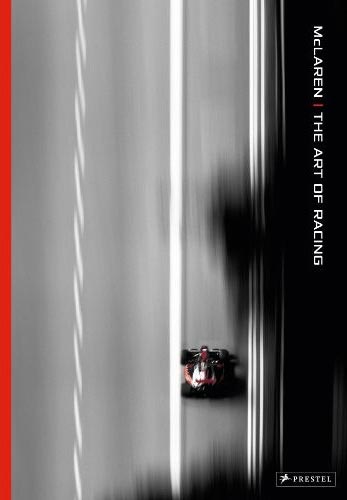 So much so that if I piled all such books I’ve accummulated over the years on my coffee table I expect it would be instantly reduced to matchwood.

Publishers like them because the photographs are inexpensive to source and attractive to the eye – especially in a sport as photogenic as Formula 1.

The glossy packaging means the sell well to those seeking gifts for F1 fans in the family. But once unwrapped it usually becomes clear the pretty pictures are a substitute for real insight.

This is why I’m often disappointed to receive a new F1 title and discover it’s a ‘coffee table book’. It gets flicked through once, dumped on the coffee table and later migrates to the bookshelf where it takes up a disproportionate amount of space.

But McLaren: The Art of Racing is clearly a cut above the usual examples of the coffee table genre. Not least because it is resplendent with the eye-poppingly gorgeous photography of Darren Heath.

Heath grabs every effort to add splashes of colour to the photography – no easy task when shooting in the largely grey environment of the McLaren operation.

Heath’s camera takes us into the depths of the McLaren Technology Centre with its state-of-the-art simulator and Nasa-like Mission Control office. It follows the team’s progress to every venue and the construction of its massive Brand Centre. And it picks out choice moments from the 2010 and 2011 seasons.

The book reveals the efforts expounded by McLaren in their pursuit of F1 success – the manpower, the organisation and the vast resources that go into every fist-pumping moment of success for Lewis Hamilton, Jenson Button and the rest of the team.

Maurice Hamilton provides commentary on the images but for the most part the pictures are left to do the talking. It is disappointing how little explanation accompanies many of the pictures.

Although you couldn’t describe the book’s dimensions as insubstantial the content is in places. It doesn’t compare well with similar recent books reviewed here such as the Formula 1 in Camera series.

Then there’s the question of price – at ?é?ú99 it’s virtually twice as much as Tony Brooks’ superb memoirs, reviewed here recently. While I wouldn’t hesitate in recommending that to any F1 fan, I struggle to say the same of a book I finished in less than an hour which costs twice the price, however spectacular many of the pictures are.

As a high-quality item to impress potential sponsors (sorry, ‘team partners’), McLaren: The Art of Racing fits the brief perfectly. Committed McLaren fans will certainly enjoy it, but they may find “McLaren: The Cars” and “McLaren: The Wins” more satisfying purchases.

McLaren: The Art of Racing

3 comments on ““McLaren: The Art of Racing” reviewed”