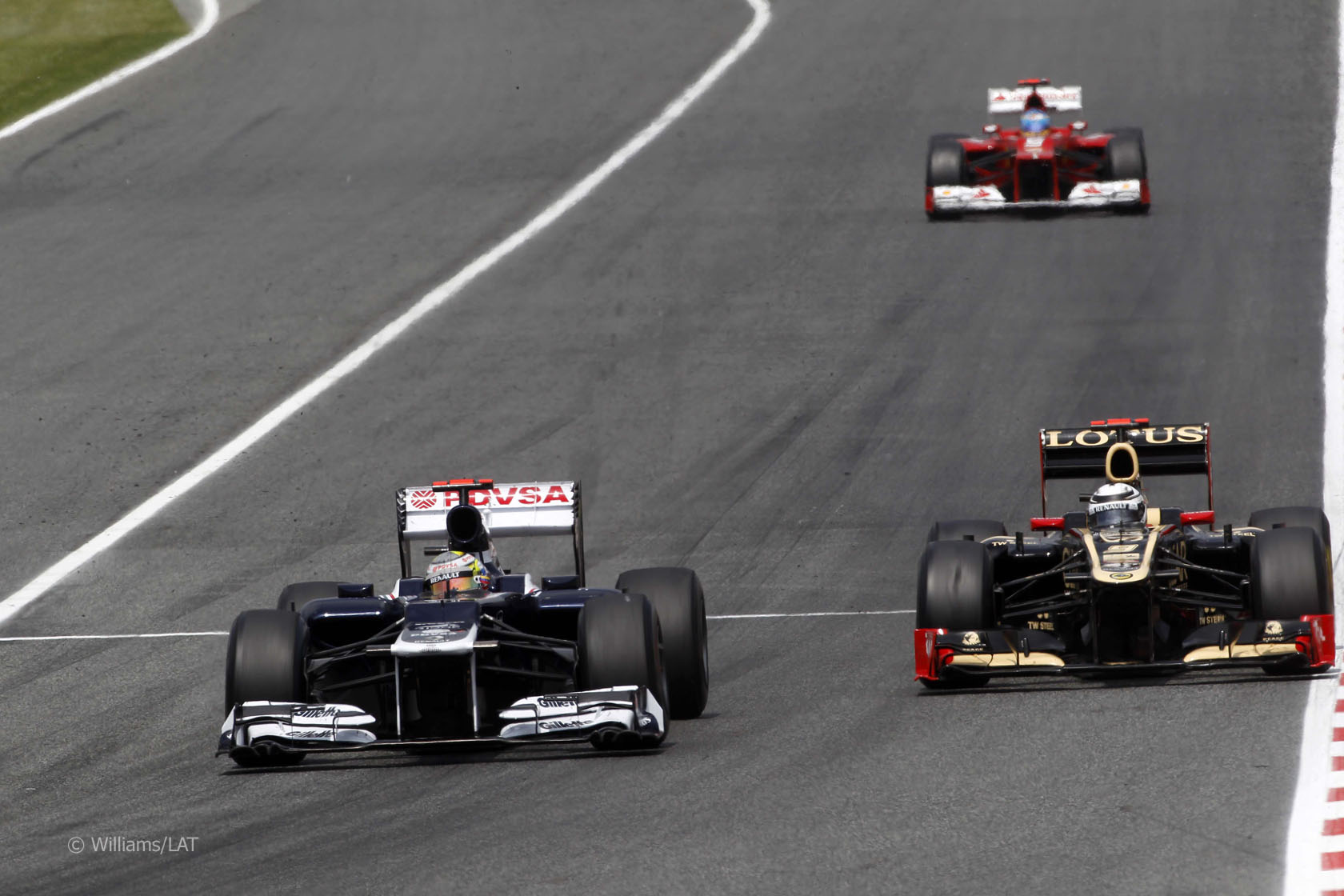 The race was rated 8.274 by F1 Fanatic readers, making it the third best of five races this season.

It’s the highest a Spanish Grand Prix has been rated since we began doing these polls in 2008.

Here’s what F1 Fanatic readers had to say about this year’s race:

Mphipps was one of many who enjoyed seeing Williams back at the top:

Fantastic drive by Pastor and awesome to see Williams back on top after so many years: brought a little tear to the eye!
Mphipps

There was entertainment all the way down the field:

Fantastic, loads of interesting stuff going on. I liked the Ferrari-Williams battle, and seeing Red Bulls and McLarens out of position added an extra element to an already interesting midfield battle.
Calum

No one predicted Maldonado would win, which illustrates just how interesting this season is:

Crazy and unpredictable, just like the whole season. I?óÔéĽÔäóve massively failed in my predictions once again and I’m loving it.
Girts

Hamilton’s demotion prompted hundreds of comments on Saturday evening, and some felt it might have cost us an even better race:

Hamilton?óÔéĽÔäós penalty ruined a little bit. It might’ve been an exciting battle in front had he started in sixth or even tenth.

But still a very tense and amusing race! I never thought to see so many overtakes outside DRS zone in Barcelona! Kobayashi on Button and Hamilton on both Toro Rossos were great!
Snafu

The debate over the tyres continues:

Was so looking forward to watching a great fight between Alonso and Pastor but the tyres made Fernando fall back and destroyed a potentially great scrap.
paul_E80

Maldonado?óÔéĽÔäós set were three laps older, he played it intelligently, managed his race well and beat Alonso fair and square. Alonso, one of the top drivers simply wasted his tyres early on.

This has little to do with Pirelli and pretty much everything to do with a skilled drive by Pastor.
Mouse_Nightshirt

The tyres were actually the best they?óÔéĽÔäóve been all season. The hard tyres, unlike the softer compounds, perform more or less as they should ?óÔéĽÔÇŁ they go off, but not at a ridiculous rate, and allow some real racing.

Hamilton managed to run a 30-lap stint at the end, and dice with Vettel for a couple of laps.
Nigel Bates

Readers were divided over DRS. Some thought it worked well – Adrian Morse was among those who disagreed:

I thought this race accurately highlighted some of the downsides of DRS. With quite a few DRS passes, the attacker was already a car length ahead by the time they got to turn one.

Not terribly exciting; otherwise, there may have been more side-by-side battles in the first corner.
Adrian Morse

What did you make of the Spanish Grand Prix? Have your say in the comments.