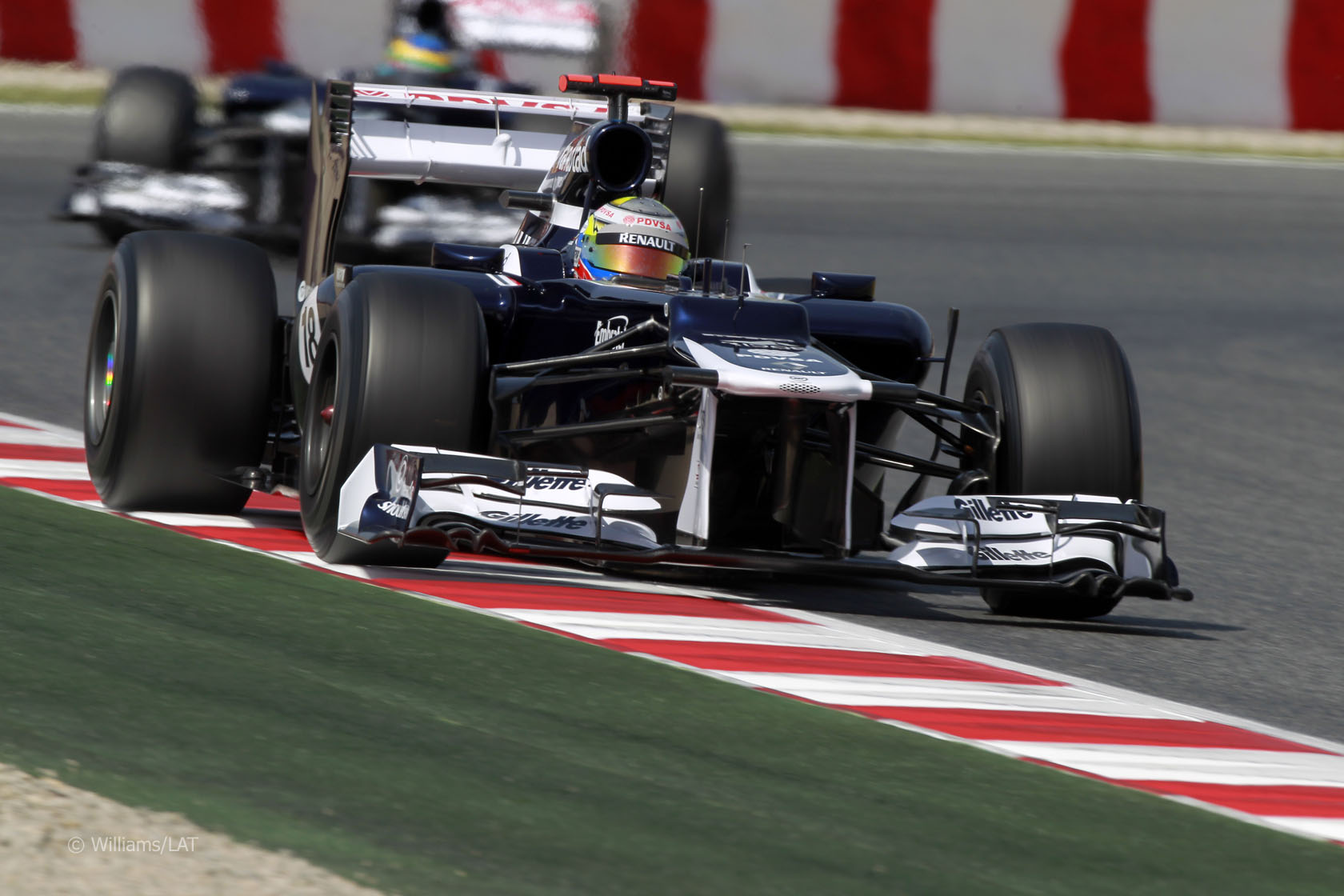 Pastor Maldonado said “I think it’s a wonderful day” after winning his first race in the Spanish Grand Prix.

Speaking in the press conference after the race he said: “For me, for the team, we’ve been pushing so hard to try to improve race by race and here we are.

“Yesterday we had a great qualifying and today again it was a tough race because the strategy as well was hard because the rear tyres after a couple of lap we were struggling.

“But I’m really happy because the car was so competitive since the first lap. Fernando did a better start than me but I was just following the pace and it was so great.

“It’s my first podium and my first victory so you can imagine what I feel.”

Maldonado took the lead after making his second pit stop before Fernando Alonso, but came under pressure from the Ferrari driver at the end of the race:

“It was so close,” said Maldonado. “We were looking to manage the tyre degradation so I wasn’t pushing that hard just to keep the tyres alive for the end of the race and Fernando got too close.

“There was some moment that he was so close especially at the end of the race. But I was managing the gap and controlling everything. I think our pace today was pretty strong. The car looks fantastic even the team made a small mistake in the last pit stop but it doesn’t affect our performance.”