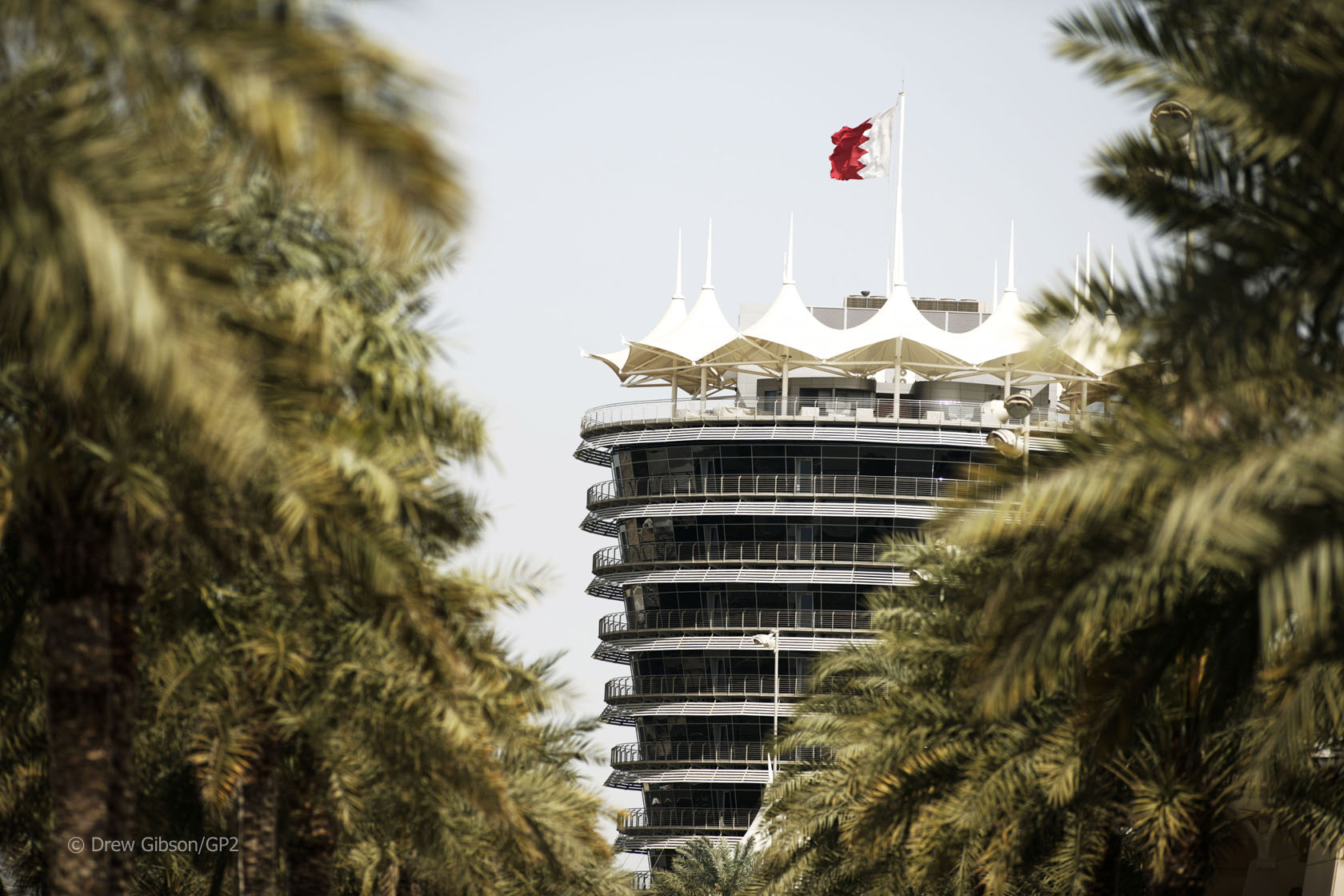 The protesters of Bahrain have taken a stand against a cruel regime. You can either stand with them, or with those seeking to make money out of their misery.

In February 2011 many Bahrainis, inspired by the Arab Spring uprisings in Tunisia and Egypt, began a series of protests calling for democractic reforms in the country, which is ruled by a hereditary monarchy.

The peaceful protests were violently suppressed by the police, and several protesters were killed. As the situation deteriorated, the Bahrain Grand Prix scheduled for the following month was postponed. Shortly afterwards, the government declared a state of emergency, and brought in troops from overseas.

Thousands were arrested, and a commission of inquiry the following November determined many had been jailed “to punish those in the opposition and to deter political opposition”. The same report found widespread use of torture, and several deaths attributed to torture.

One such victim was Abdulkarim Ali Ahmed Fakhrawi, a founder of the Ali Wasat newspaper. After police surrounded the home of his relatives in Karbabad on April 2nd, Farkrawi presented himself at a police station.

Witnesses in the prison he was taken to reported hearing hearing him screaming in between blows. Then the screaming stopped, and a voice was heard saying “you killed him”. His body was returned to his family, who were told they would “end up like him” if they took photographs of it to prove he had been tortured. They did anyway (warning: graphic image).

The state of emergency was lifted on June 1st, two days before the FIA World Motor Sport Council met and restored the race to the calendar. One week later, the race organisers finally admitted it could not got ahead.

In the intervening months, little progress has been made. “The Bahraini authorities have been vociferous about their intention to introduce reforms and learn lessons from events in February and March 2011,” said a report issued yesterday by Amnesty International.

However, it added: “Reforms have been piecemeal, perhaps aiming to appease Bahrain?¾įķ╝įõ¾s international partners, and have failed to provide real accountability and justice for the victims. Human rights violations are continuing unabated. The government is refusing to release scores of prisoners who are incarcerated because they called for meaningful political reforms.”

Many in the country say the same. “There is still torture, still discrimination,” said one protester. “Everything we fought for on February 14th last year. It?¾įķ╝įõ¾s still just the same.”

The ongoing strife in the country has not prevented the FIA from trying to hold a race there this weekend. F1 team members and media began arriving in the country this week.

The government is clearly going to great lengths to keep areas F1 personnel normally visit quiet and ensure the continuing protests happen away from the track. Dozens of police vehicles line the road from Manama to the Bahrain International Circuit.

The continuing imprisonment of thousands of Bahrainis will make their task easier. This is a relatively small nation of 1.2 million inhabitants, more than half of which are expatriates. Even so, the regime has recently arrested another 60 protest leaders.

Despite this, the protests continue. Some are peaceful, but following the government’s violent response to peaceful demonstrations last year some protesters have thrown molotov cocktails.

There are threats of larger protests to come, and a growing sense that their anger is being directed at the race as well as the ruling Al Khalifa family.

FIA president Jean Todt kept a low profile as the Bahrain row escalated. But German channel RTL managed to persuade him to speak on the matter last weekend.

Todt toed the FIA’s usual PR line: “There has been some controversy about it, but the FIA is a sports organisation,” he said. “We are only interested in sport – not politics.”

This is affirmed in the first article of the FIA statutes: “The FIA shall refrain from manifesting political discrimination in the course of its activities and from taking any action in this respect.”

However the advertising campaign for the Bahrain Grand Prix – “UniF1ed – one nation in celebration” – makes a mockery of the FIA’s claim of political neutrality. The race is being promoted as a salve for the social divisions that were exposed in the country last year.

The political value of the FIA granting the country a place on the world championship was highlighted by Bahrain International Circuit chief executive Sheikh Salman bin Isa Al Khalifa when the slogan was launched in February, saying: “We in Bahrain should feel extremely privileged to be part of an exclusive club of only a handful of countries who can say that they are a host of a Grand Prix and are a part of the FIA Formula One world championship.”

In local reports in the country F1 drivers are being used – most likely without their blessing – to endorse the race’s political message.

Commercial rights holder Bernie Ecclestone has used similar rhetoric to Todt. He insisted that F1 does not concern itself with politics and does not make decision on moral grounds.

However that has not stopped him claiming the exact opposite when it has suited his needs. In December he claimed, “we pulled out of South Africa years ago [in 1985] because of apartheid”.

It’s hard to find much evidence this was the case besides Ecclestone’s selective re-telling of history.

Rather, pressure from television companies who refused to air further races in the country, a boycott by some teams and sponsors during the 1985 race, and the refusal of workers in Australia to handle “tainted” cargo from the Grand Prix, led to the race being dropped from the 1986 schedule.

This serves as a reminder to treat Ecclestone’s words with caution. Recall that last year the FIA revealed he’d attempted an 11th-hour reinstatement of the Grand Prix on the day after he’d said the race was “not on”.

Ecclestone’s overriding concern in this matter is ensuring F1 makes its money from Bahrain. That will happen if the race goes ahead or, as was the case last year, the Al Khalifas call it off.

Some have claimed that as long as F1 races in other countries with poor human rights records, such as China, then it must also race in Bahrain.

This argument is flawed in several ways. Taking a broad view, it is a mandate for F1 to go racing in – and lend credibility to – any regime, no matter how oppressive. Make way for the Iranian Grand Prix, or perhaps a race through the streets of Pyongyang.

The Chinese Grand Prix is of negligible importance to the government of China, and F1 refusing to race there would make no difference to its people. The same is not true in Bahrain.

The ruling royal family who own the circuit are the same people who stand to profit from the race happening and who have crushed demands for reform over the past 14 months.

Furthermore, the timing of several key events in relation to the activities of the FIA remains suspicious and troubling. Abdulhadi al-Khawaja, a protester currently on hunger strike in a Bahrain prison who has attracted considerable media attention, has been told he can appeal against his life sentence on April 23rd – the day after the race.

A matter of conscience

The protesters of Bahrain have taken a stand against a cruel regime which denies them basic rights and has ruthlessly suppressed their just pleas for reform.

You can either stand with them, or with those seeking to make money out of their misery. Those who go along quietly with what is happening, or chime in with another naive chorus of “sport should not be political”, are giving tacit endorsement to F1’s support for Bahraini oppression.

The government calls the protesters “terrorists” because the word resonates with those abroad who are only paying passing attention to what is going on. The protests began peacefully and many of them still are. But the use of violent and excessive force by the government has in some cases provoked a response in kind.

The Grand Prix is being used as a political tool by the Bahraini government. Those who oppose the race should have no compunction about challenging those who support it. This is what social media is for.

The situation brings to mind F1’s repeated visits to South Africa in the seventies and eighties. During one of those races James Hunt, while commentating for the BBC, vehemently criticised the regime and F1’s presence in the country.

I hope some of his successors in F1 broadcasting today have the conviction and the courage to do the same. Already some broadcasters including Sky Germany, Japan’s Fuji TV and Finland’s MTV3 have said they will not send people to the race.

One response to the situation could be to ignore the race entirely. Several people have already told me they will not be watching the race, and I respect that.

However, as Todt and Ecclestone have chosen to use F1 to give financial support and credibility to the Bahrain government, I have chosen to use this platform to condemn it. A message to that effect will feature prominently on the site throughout the weekend.

I will continue to listen to, research and read about both sides of this complex debate, give coverage to both in the daily round-ups (which have featured scores of pieces on Bahrain in recent weeks) and, I expect, in further articles as well.

And as always, I invite all F1 fans to share their point of view.

353 comments on “The Bahrain Grand Prix: A matter of conscience”