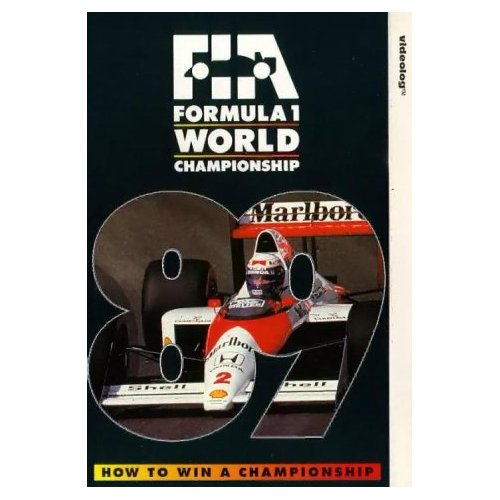 Quite a few of these F1 season review videos have perplexing titles, and this is a prime example.

Alain Prost won the 1989 championship when he drove into team mate Ayrton Senna in the Japanese Grand Prix – “How not to win a championship”, surely?

By 1989 turbo engines has been banned, Nigel Mansell had arrived at Ferrari and the McLaren rivalry had festered into a deep resentment between the two star drivers.

It was a closely fought year with many memorable races, and this comprehensive three hour video does justice to it. We even get some good footage from the early in-race on-board cameras.

Racing highlights include Mansell’s surprise wins for Ferrari in Brazil and Hungary, Gerhard Berger’s escape from a fiery crash in Imola, Senna’s annihilation of Prost in Monaco, and Thierry Boutsen’s two wet wins in Canada and Australia.

The whole thing is put together very well and you can’t really fault the narration either. Given the length of the tape it would be nice to see a bit more of the minor men – 39 cars contested the season, after all.

That aside this is another good video from arguably one of the better periods of recent Formula One.

Best bit: The notorious title conclusion is unmissable, but the top clip is the rear-facing camera on Brundle’s car that captures Senna plunging into the back of him from a cloud of spray in the Australian Grand Prix.