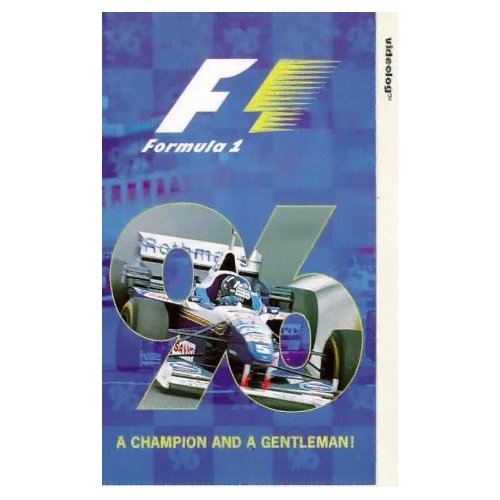 Damon Hill’s championship-winning season was not the gritty overcoming of adversity it might have been, but there were a few exciting moments along the way which form the high points of this video.

They include the soaking wet race at Interlagos, the Monaco debacle where only three cars were running at the end and Jacques Villeneuve’s various adventures in his remarkable debut season.

The video production leaves a lot to be desired. The commentary is decidedly indifferent and the actual composition of the video towards the end is decidedly dodgy – a montage purportedly showing ‘nightmare scenario’ outcomes of Hill’s title bid includes various clips that make no sense in the context. Perhaps this was rushed out for the 1996 Christmas market?

On the whole a hit-and-miss effort, more ‘miss’ than ‘hit’.

Best bit: Driver-turned-commentator Martin Brundle’s staggering shunt at Melbourne – followed by a gutsy return for the restart in the spare Jordan.