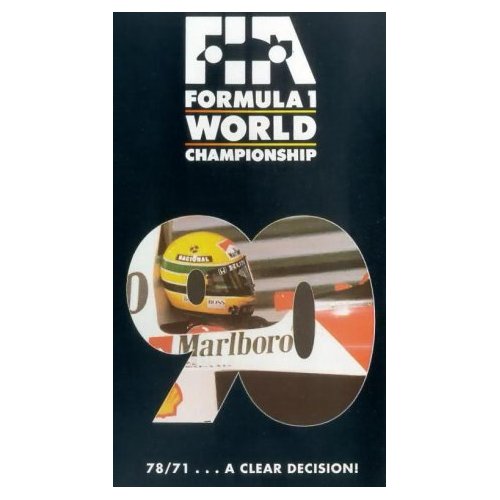 Ayrton Senna and Alain Prost traded wins throughout the season, until Senna infamously chose to ram Prost off the road to win the title, in retribution for what happened the year before.

Unsurprisingly the title battle is the most well-covered aspect of the video, but we also get to see a fair bit of the teams further back including the spectacularly hopeless Life team.

We also get an insight in the bizarre fortunes of the Leyton House team who scored no points until the French race – where Ivan Capelli led convincingly and finished second.

1990 was not a bad year for racing action, either. Nigel Mansell’s 200mph spin while trying to pass Gerhard Berger in Imola is just as heart-stopping in replay as it was at the time.

So is the stunning move that Mansell put on Berger around the outside of the massive Peraltada corner in Mexico – both very memorable moments.

The footage is generally good quality, though of course there still wasn’t all that much in-car material then. The commentary is functional and verging on dull at times. But this video is all about the content, and that gripping battle of wills between Senna and Prost that defined this era.

Best bit: After Berger barges past him with a handful of laps left in Mexico City, Mansell puts a blinding pass on the Austrian around the outside of the dusty, bumpy Peraltada corner – all captured on the on-car camera.